Newly elected Member of Parliament in Pakistan with African Origin. 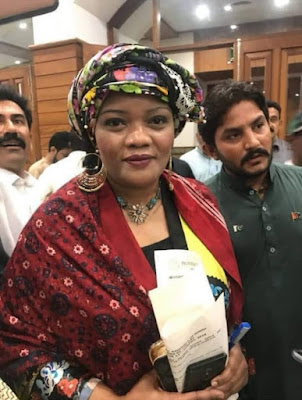 Tanzeela Qambrani, an African- Pakistanis woman whose ancestors originate from Tanzania has been elected as a Member of Parliament in Pakistan. She was nominated by the Pakistan People Party (PPP).  Qambrani has been elected to a special seat for women in the provincial parliament in Sindh. She aims at eliminating the stigma attached to her community, known as the Habashi, Sibbi or Sheedi who are the descendants of the Bantu people from Africa.
Posted by ForeignTanzania at 1:20 PM